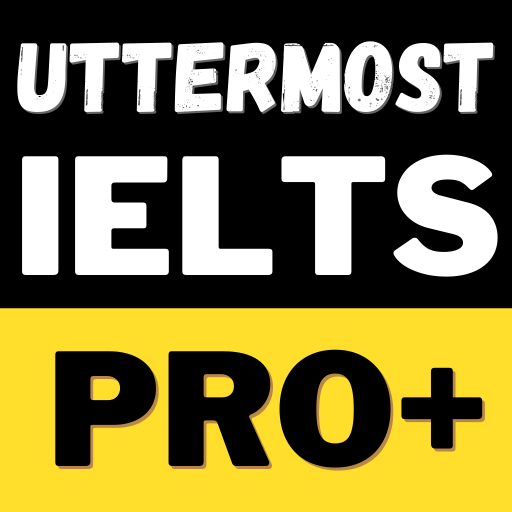 Today, Doug Johnson and Frank Oliver tell about the first airplane that flew out of the Earth’s atmosphere. It was designed to test equipment and conditions for future space flights. The plane was called the X-Fifteen.

The pilot of the huge B-Fifty-two bomber plane pushes a button. From under the plane’s right wing, the black sharp-nosed X-Fifteen drops free. It is eleven-and-one-half kilometers above the Earth.

Pilot Scott Crossfield is in the X-Fifteen’s only seat. When he is clear of the B-Fifty-two, he starts the X-Fifteen’s rocket engine. And so begins the first powered flight of the experimental plane designed to take man to the edge of space.

The X-Fifteen flies high over the sandy wasteland of California’s Mojave Desert. Up, up it flies. After three minutes, its fuel has burned up. It is flying about two thousand kilometers an hour.

Scott Crossfield’s voice tightens. His breathing becomes harder as the plane pushes against the atmosphere. At that speed, the pressure is three times the force of gravity.

Then the X-Fifteen pushes over the top of its flight path. It settles into a long, powerless slide toward the landing field at Edwards Air Force Base.

Designers of the X-Fifteen have warned Crossfield about the landing. They say it will be like driving a race car toward a brick wall at one hundred sixty kilometers an hour, hitting the brakes, and stopping less than a meter from the wall. Crossfield lands the plane without any problem. His success shows, as one newspaper reports, that “The United States has men to match its rockets. “

That first flight of the X-Fifteen took place in September, nineteen fifty-nine. But the story began in the Nineteen forties with the ‘X’ series of experimental aircraft.

The first plane ever to fly faster than the speed of sound was the X-One in nineteen forty-seven. United States government agencies and America’s airplane industry realized then that it was possible to build an even faster plane. It would reach hypersonic speeds — five times the speed of sound.

The first proposal for this new research vehicle, the X-Fifteen, was made in nineteen fifty-four. The space agency, Air Force and Navy jointly supported the program. They wanted a plane that could test conditions for future flights into space.

The project moved quickly. The North American Aviation Company won the competition to design and build the plane. The design would be part aircraft and part spacecraft. The company took less than four years to produce three X-Fifteens.

It would test flight conditions at the edge of Earth’s atmosphere. It would leave the atmosphere briefly, then return, testing the effects of the extreme heat of re-entry. It would provide information on the controls needed in the near weightless environment of lower space. And it would answer a very important question: How would humans react to space flight?

The X-Fifteen was a new idea. And it was built with new methods. It was covered in a new material called “inconel x.” The material was a mixture of the metals nickel and chromium. It would protect the plane from high temperatures.

There were new designs for the plane’s rocket engine, landing equipment and the small rockets needed to move it in space. There was a new system of liquid nitrogen to keep the pilot cool and to resist the crushing force of gravity at high speeds. And there was a new fuel, a mixture of liquid ammonia and liquid oxygen.

The X-Fifteen was never designed to go into orbit. Nor could it take off from the ground. It was carried into the air by a B-Fifty-two bomber. The big B-Fifty-two carried the small X-Fifteen under its wing. It looked a little like a mother whale swimming with its baby.

At about fifteen thousand meters, the B-Fifty-two released the X-Fifteen. After a few seconds, when the X-Fifteen was safely away, the pilot started its rocket engine. The X-Fifteen flew upward with unbelievable power.

The three X-Fifteens were flown one hundred ninety-nine times. Each flight was a new experiment. Planning took many days. The pilot spent fifty hours in a simulator — a copy of the plane on the ground — preparing for his ten-minute flight.

Once the real flight began, the pilot had to remember everything he learned. He had to work quickly and exactly.  All his movements were made against a force that could reach six times the power of gravity. He had to struggle to reach forward for the controls while being pushed back hard in his seat.

A delay of even one second could affect the information being collected. It could change the plane’s path just enough to destroy the pilot’s chance of a safe landing.

The X-Fifteen set height and speed records greater than those expected. The number three plane climbed more than one hundred seven kilometers above the Earth. The number two plane flew seven thousand two hundred thirty-two kilometers an hour. That was more than seven times the speed of sound.

The X-Fifteen was the first major investment by the United States in manned space flight technology. Much of what was learned from its flights speeded up the development of the space program.

The X-Fifteen tested materials for space vehicles. It tested spacesuits worn later by America’s astronauts. It tested instruments for controlling a vehicle in the weightlessness of space. And it proved that experienced pilots had the skills necessary to fly in space.

The X-Fifteen program lasted about ten years. There were about two hundred flights. Some of the flights carried scientific experiments. One was a container on the end of the wing. It gathered dust and tiny meteoroids from the edge of space. Another was a set of special instruments that helped measure the effects of the sun’s radiation on the outside of the aircraft.

The only tragedy connected with the X-Fifteen program happened in nineteen sixty-seven. The pilot was Michael Adams of the United States Air Force. It was his seventh X-Fifteen flight.

Everything, at first, appeared to be normal. The plane reached a height of eight kilometers. It was flying more than five times the speed of sound. Then, during a test of the wings, the plane moved sharply off its flight path. It dove toward Earth at great speed, spinning rapidly out of control. Atmospheric pressure was too great for the plane. It broke apart. The pilot did not survive.

The X-Fifteen made its last flight in December, nineteen sixty-eight. NASA needed money for its other projects. It decided to end the X-Fifteen program. Many space experts disagreed with the decision. They felt the X-Fifteen could have continued to provide new information about aviation and space.

Today, the X-Fifteen hangs in the Air and Space Museum in Washington, D.C. It is in a memorial called “Milestones of Flight.”  In the memorial, there is the X-One, the first airplane to fly faster than sound. And there is the “Spirit of Saint Louis,” which Charles Lindbergh flew alone across the Atlantic Ocean.  There also are copies of famous spacecraft like Russia’s Sputnik and Pioneer Ten.

On the floor below these aircraft are three spacecraft command ships. One of them, the Apollo-Eleven, traveled to the moon just seven months after the last X-Fifteen flight. It carried the man who became the first human to step on the moon,  Neil Armstrong, a former X-Fifteen pilot.